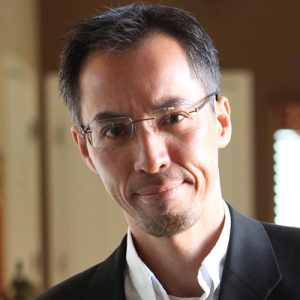 A week before Saigon fell, my father took my brother and me to a gate at the Tan Son Nhut airport, pointed to an American C-130, and told us to get on. He handed us a small bag of clothing and some photos while he explained we may never see our family again. I was 12-1/2 years old. We loaded the plane with hundreds of other people, and I found a place to sit on the cold steel floor, not knowing where I was going. We went first to Subic Bay, then to Guam, then Travis AFB, Camp Pendleton, and finally to a refugee camp at Fort Chaffee, Arkansas. Four months later, by the grace of God, I was overjoyed to be reunited with my family in San Joaquin Valley, California. My American dream had begun.

I taught myself English and graduated high school. I was offered free lunches but chose to work as a janitor for $2.75 an hour to pay my own way. Despite my guidance counselor telling me that I was “not college material”, I enrolled at Long Beach State and graduated with a Bachelor’s Degree in Industrial Arts while working a full-time job to pay my bills.

Upon graduation, I found work with Northrop Corporation, Aircraft Division. I provided technical drawings for the F-20 and F-18 programs. It felt good to be a part of keeping our nation’s military number one.

"I want to work to ensure our values and freedoms last for generations to come."

Soon after, I met the special woman who was to become my future bride and in 1993, Mai said “Yes” and we were off on our wonderful shared journey.

In 2004, with two young children in tow, we escaped the liberal politics of California to a great community in Prescott Valley, AZ, to raise our family. After two years of commuting to Phoenix every day for work as a Creative Director, I wanted to be closer to home. I formed a marketing and branding company, and in 2006, Caddis Advertising was born.

While my wife and I worked and raised our kids, it was important to instill in our children the values of education, work ethic, and national pride. My son graduated from the University of Portland and works as a photographer and videographer, and my daughter is serving in the greatest Navy in the world as a young Ensign.

With the nest empty, I can now pursue giving back to my country full time. I am proud to represent Legislative District 1 as your AZ House Legislator. I will continue to need your support to push for more conservative legislation to keep our Arizona red.